Under the Skin is Michel Faber’s debut novel. I borrowed it from a friend after watching the film of the same title, directed by Jonathan Glazer and starring Scarlett Johansson. I’m glad that I read the book after the film, because there is only a loose connection between the two. I love the film, but I wonder whether I would feel the same if I’d read the book first and seen the film as an adaptation of the book.

The Tokyo Zodiac Murders is a new kind of crime novel for me, from a Japanese genre called ‘honkaku’. The story is split between a series of murders that took place in 1936 and the attempts of two young men in 1979 to solve the mystery when a new piece of evidence comes into their possession.

Joseph Sheridan Le Fanu’s 1864 novel Uncle Silas is a locked room mystery centred upon the black sheep of a wealthy family, the titular Uncle Silas. A young woman is sent to stay with her uncle at his estate Bartram-Haugh, the location of the mysterious death of an acquaintance of Silas’s that led to him being shunned by his brother. END_OF_DOCUMENT_TOKEN_TO_BE_REPLACED 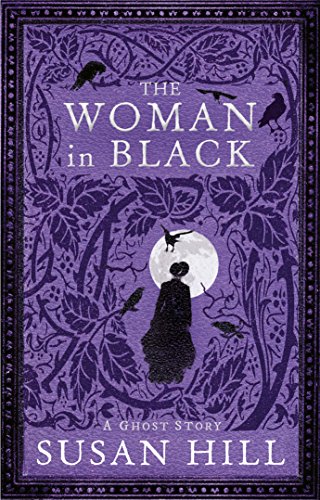 My seventh book for the 20 Books of Summer reading challenge is Susan Hill’s The Woman in Black. It’s the story of Arthur Kipps, a solicitor who recalls an encounter with a ghost in the early days of his career that brings tragedy to his life.

END_OF_DOCUMENT_TOKEN_TO_BE_REPLACED

It’s May Day! Beltane, if you will. I wish I’d been clever enough to do a folk horror Six Degrees of Separation this month. Kate, who hosts the meme at Books Are My Favourite and Best, has chosen a children’s classic, Beezus and Ramona, for the first book in the chain. Read on to see how I end up in a submarine with Captain Nemo.

Written in 2005 and first published in English translation in 2014, Marie NDiaye’s hypnotic fictional memoir Self Portrait in Green follows an unnamed narrator, who is a writer, and her encounters with mysterious green women. END_OF_DOCUMENT_TOKEN_TO_BE_REPLACED

It’s the first Saturday in October. That means it’s time for Six Degrees of Separation, in which Kate at Books Are My Favourite and Best chooses a book and we all add six more in a chain. The concept is explained here.

I read the first book in Virginie Despentes’s trilogy about a down-on-his-luck former record dealer earlier this autumn. I enjoyed its mercurial plot and its shallow characters enough to ask my local library to buy volume two. END_OF_DOCUMENT_TOKEN_TO_BE_REPLACED

Colin MacIntyre records and performs as Mull Historical Society. He’s one of my favourite musicians. He’s also an author. The Letters of Ivor Punch is his first novel and it won the Edinburgh International Book Festival First Book Award in 2015.

Set on an unnamed island that is easily identified as Mull, the story begins with Jake Punch visiting the sports ground where his late father broke the island’s long jump record. He’s there because his uncle Ivor Punch has died and Jake, who has been distributing letters written by his uncle, has one last letter to deliver. Except he can’t deliver it because it’s a letter to his dad and his dad was killed by Pan Am flight 103, the aeroplane brought down over Lockerbie by a Libyan terrorist.

Instead Jake reads the letter and discovers that his curmudgeonly old uncle missed his brother, Jake’s dad, in ways similar to Jake. The letter triggers memories for Jake, centred on his uncle and the letters he wrote to the great and the good. END_OF_DOCUMENT_TOKEN_TO_BE_REPLACED 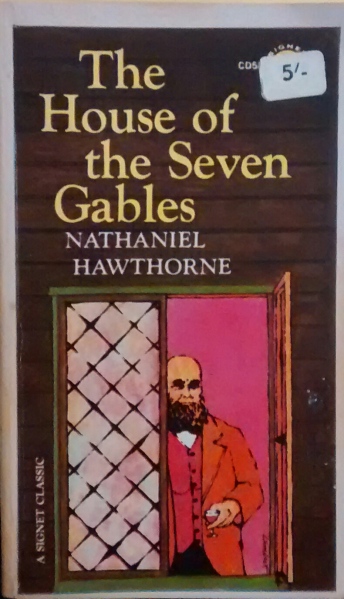 I bought The House of the Seven Gables for £1 from the book shop in the café at Mrs Gaskell’s House. Once upon a time, it had cost five shillings, and its purchaser had given it to a friend. There’s an inscription inside the front cover. The recipient is nameless, the donor signs themself M.L. and it’s clear that the book meant a lot to them. END_OF_DOCUMENT_TOKEN_TO_BE_REPLACED

Posted on March 14, 2018 by Jan Hicks 0
What I Think About When I Think About Reading
Create a free website or blog at WordPress.com.
Loading Comments...