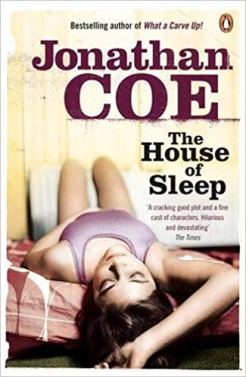 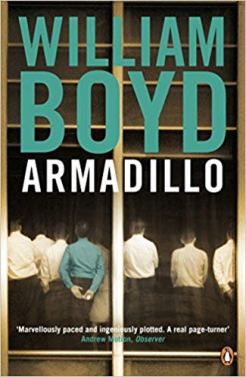 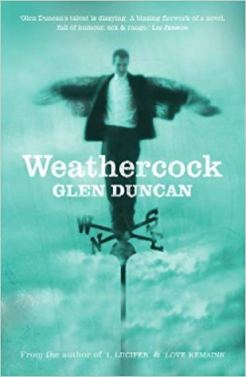 I’ve missed a couple of the Six Degrees of Separation meme because of life, but I’m back for June and only a day late! I’m not letting the fact that I haven’t heard of let alone read the starting book for this month put me off. 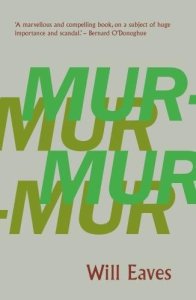 Murmur is about Alan Turing, and as I work in Manchester at a museum that has science in its title and has a working replica of the first stored program computer that Turing helped develop, I probably should have. Instead, I’m using the title to jump via REM to my next book. Because REM’s first album was called Murmur and REM stands for Rapid Eye Movement, a key part of sleep, I’m heading for a Jonathan Coe novel.

Coe’s novel features a medical study of sleep disorders, and so does my next book, William Boyd’s Armadillo. This is a highly entertaining book about a man who has a secret past, has changed his name, and is up to his neck in corruption that he doesn’t fully understand.

Glen Duncan’s Weathercock is about an altogether different man with a very different sort of secret. Far from being unwittingly involved in corruption, the protagonist of this novel positively thrives on it. It’s uncomfortably, darkly, worryingly funny. 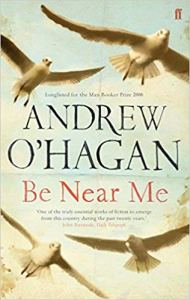 Not funny at all, but equally uncomfortable, dark and worrying is Andrew O’Hagan’s Be Near Me which shares elements of Weathercock and marries it with sectarianism in a Scottish parish. I thought this book was an incredible meditation on what it actually involves to be human, to live a life that is frustrating, to try to find hope and a reason for your existence. It was interesting in its portrayal of a man using faith as a hiding place, and the crisis this brought about in his life because of the lack of honesty in his decision.

The Miracle Shed is a collection of stories about outsiders, mostly people who internalise their dissatisfaction with life, or who try to numb it in some way. Some of the stories talk about sectarianism and the effects of growing up in Northern Ireland during The Troubles.

My last book in the chain is also about people who try to numb their lives in some way, but this is an altogether more likable book than McCann’s collection of stories. The Glorious Heresies is about average lives in an average town where violence is seemingly the only escape route, and where the Catholic church is held in disdain.

Inadvertently, I seem to have focused on people who are on the outside of society, who have secrets to hide, who seek distractions. Turing was such a man, sadly, although he had no reason to be other than the laws of the time he happened to be living in. In that sense, he was very different to the fictional characters in the other books in this chain.

Will you accept the challenge this month? Kate’s chain at Books Are My Favourite and Best is here, and other bloggers post links to their chains in the comments, if you’re looking for inspiration.

4 thoughts on “Six Degrees of Separation: from Murmur to The Glorious Heresies”