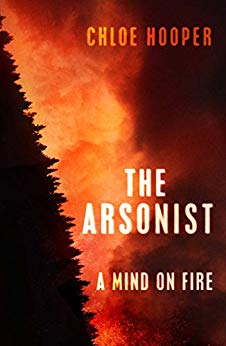 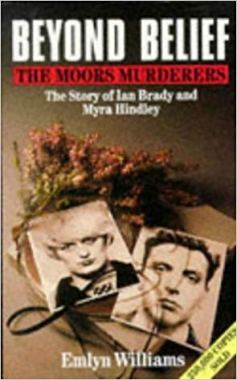 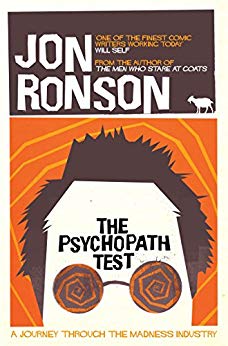 I’m late to the March Six Degrees of Separation party because I’ve been struggling to get a jump from the first book in the chain. I haven’t read The Arsonist, only meme-coordinator Kate’s review of it. 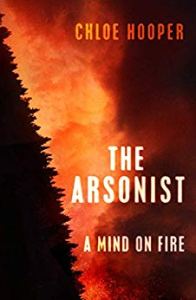 The Arsonist will be published in the UK in May. It’s a true crime book, which could be one direction to follow for my chain. It’s about a devastating bush fire in the Australian state of Victoria ten years ago, so I thought about trying to link to something set on Saddleworth Moor, which is a huge tract of peat moorland near where I grew up that catches fire in hot weather, often aided by humans. 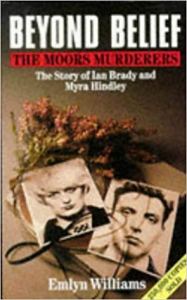 The only book I could think of was Beyond Belief, about the murderers Ian Brady and Myra Hindley who abducted, assaulted and murdered five children, burying them on Saddleworth Moor. I read this book in my early teens. It was one of those books that did the rounds at school, gruesomely. It’s a sickening account, and I wouldn’t recommend it. It was my reluctance to start my chain with such a book that held me back from posting this month. From memory, the author of the book attempts to find reasons in Brady’s and Hindley’s pasts that might explain their inhuman behaviour in adulthood. 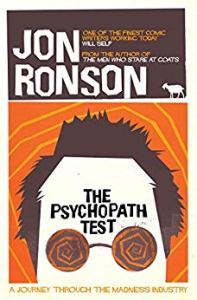 Brady was, until his death two years ago, incarcerated in high security hospitals including Broadmoor. Jon Ronson visited another Broadmoor patient while researching his book The Psychopath Test. This is an intriguing account of whether you can accurately assess people as psychopaths and whether there is any effective treatment for the condition. Ronson, a journalist, undertakes training in the standard assessment technique then engineers meetings with suspected psychopaths to see whether he can diagnose them. By the end of the book, he is wary of the accuracy of the test and the authority of those who administer it.

Another thing that Ronson questions in his book is whether the world isn’t in fact a rational place but rather a place run on the principles of madness and chaos. The book I’m reading at the moment, Don’t Let Me Be Lonely: An American Lyric, explores something similar. The author Claudia Rankine is a poet and philosophical writer who examines what it means to be American in her American Lyric series. In Don’t Let Me Be Lonely, she reflects on the apparent loss of intimacy in a post-9/11 society driven by confession and reliance on antidepressants, where many people feel lonely.

Olivia Laing examines how loneliness can inspire creativity in her book The Lonely City: Adventures in the Art of Being Alone. I was very affected by this book when I read it, particularly the stories of Valerie Solanas and David Wojnarowicz. Laing’s book links back to Rankine’s through its postulation that emotions are being gentrified in a similar way to the gentrification of once complex, interracial and poor areas of cities like New York. This examination of gentrification also links The Lonely City to my next book in the chain.

Above Sugar Hill is a recent read and new favourite of mine. In it, Linda Mannheim uses fiction to look back on the Upper Manhattan of her youth, in particular Washington Heights and Sugar Hill. It’s a fascinating social history of an area that has passed from wealth to poverty and is climbing back up to wealth again through gentrification. Mannheim suggests that this is a loss to New York City, as the loss of diversity in an area removes the space needed by people to tell the stories of their lives. An echo of Rankine’s reflections on loneliness, perhaps? Certainly, Mannheim’s characters are not lonely because, for good or bad, they live in a community of people who engage with one another.

My final link is to a book that talks about people who find it difficult to engage with others, because they are shy. In Shrinking Violets: A Field Guide to Shyness, Joe Moran reflects on the over-sharing nature of modern life and the impact this can have on people who are shy. It links well with both Rankine’s book from the perspective of public confession of all our weaknesses not being the same as intimacy and with and Laing’s book from the perspective of Moran’s case studies of the celebrated and talented, a surprising number of whom are or were shy.

If my list of books has made you curious about this meme, why not put together one of your own? You can find out how it works here.