I want to say so many things about this book. I want to talk about it as allegory, as fact, as reportage, as fucked up fairytale. But equally I don’t want to say too much, because I don’t want to take away from anyone the experience I’ve just had. This book contains an important truth. It is brutal and grubby and horrifying. And yet it is gentle. It doesn’t bludgeon. It doesn’t preach. It just tells the truth.

I will try to write a review, then, without really writing a review. END_OF_DOCUMENT_TOKEN_TO_BE_REPLACED 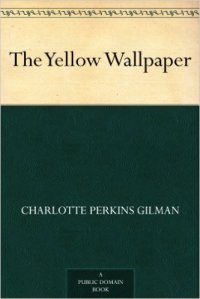 I read this as it was one of the June Books of the Month on the Shelfari 1001 Group on Goodreads. I’d previously read Herland for the Winter Scavenger Hunt Challenge on the Reader’s Room and not thought well of it, or Gilman, at all.

I’m happy to say that this was much better. It’s only 72 pages long, but so effective. There’s a real sense of someone’s mental state disintegrating. There was something of Henry James about its Gothic style.

For the book group, I responded to some set questions. My answers give a lot away, so if you’re thinking of reading it yourself and don’t want any spoilers, stop reading now!

END_OF_DOCUMENT_TOKEN_TO_BE_REPLACED

I picked this up off the New Books shelf at my local library. The blurb on the back sounded really interesting, and there’s an advert on the last page for the author Louise Millar’s collective of female crime writers.

As soon as I started it, I was gripped. Main character Grace Scott is a photo journalist based in Edinburgh. She returns home from honeymoon to find a dead man in her new flat. Recently bereaved herself, she becomes obsessed with tracking down the man’s family so that they can grieve for him. Her husband doesn’t understand her obsession and isn’t best pleased when her investigations take her from Edinburgh to London, and then on to Amsterdam and Paris.
END_OF_DOCUMENT_TOKEN_TO_BE_REPLACED

It has been a while since I read any Australian literature, but Shirley Barrett’s Rush Oh! caught my eye when it appeared on the long list for this year’s Bailey’s prize. I reserved it at my local library, and my turn to read it came around a couple of weeks ago. END_OF_DOCUMENT_TOKEN_TO_BE_REPLACED

While Life After Life followed Ursula Todd on her repeated attempts to survive first her own birth, then her childhood and finally the Second World War, to also bring her family through intact, A God In Ruins looks at younger brother Teddy’s experience as a bomber pilot in the same war. It considers the effect conflict has on those participating in war, both immediately and long term, and the ongoing effect paid forward onto their descendants.

With Life After Life, I admired the creativity but didn’t enjoy the story much. With A God In Ruins, I enjoyed the story but didn’t admire the creativity much. A God In Ruins is a pleasant read that didn’t ask too much of me as a reader. It skipped neatly from discoveries among older Teddy’s possessions and conversations between Teddy and his daughter and grandson to memories of younger Teddy’s life. I enjoyed the plotting of the book, its non-linear trajectory, and its sense of familiarity. END_OF_DOCUMENT_TOKEN_TO_BE_REPLACED

I feel conflicted about this book. Perhaps my reason for reading it wasn’t a good one.

I chose it because I want to read more books by or about (preferably both) people who are differently abled. I did some searching around online and Rosemary Sutcliff’s memoir was mentioned a couple of times by a few differently abled writers, citing her as an influence on their decision to become writers and to write about disability. END_OF_DOCUMENT_TOKEN_TO_BE_REPLACED

Alan Moore and Ian Gibson’s sci-fi comic about a future everywoman trying to find her place in the world first appeared in 2000AD in the mid-80s. I was a teenager at the time and more interested in Tolkien, literary fiction and listening to pop music, so I’d given up sneakily reading my older brother’s copies of 2000AD. What an error of judgement, because I missed out on Halo Jones first time around. END_OF_DOCUMENT_TOKEN_TO_BE_REPLACED