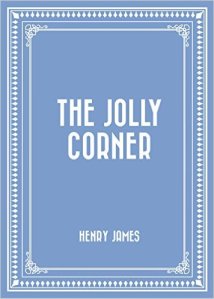 The Turn of the Screw

I’ve read a few of Henry James‘s New World-Old World novels: Washington Square, The Europeans, Daisy Miller and The Portrait of a Lady. I read them when I was in my Edith Wharton phase. Whatever that means. I’ve also read What Maisie Knew and wish I hadn’t.

This is what I jotted down about the book.

I was gripped by this short tale of supernatural goings on. What was real, who was the ghost, was the protagonist what she seemed? The flow of the language on the page was like the flow of speech. I couldn’t keep myself from reading on, I had to know what happened. A big improvement on What Maisie Knew, although still with precocious children and borderline inappropriate adults.

I liked the premise of sitting around a fire, listening to someone spin a yarn. I liked the set up: the disinterested uncle who fobs his wards off on a governess; the slightly spooky children; the whispers and rumours around the alleged ghosts; the questionable state of the governess’s mind.

Last October, The Reader’s Room ran a Tales From The Crypt reading challenge, and I decided to read The Jolly Corner for that one. I had quite a few thoughts about it!

Spencer Brydon has been in Europe for 33 years. He has come home to New York for unknown reasons. Back home, he is the owner of two houses. One he is renovating, turning into a high rise of apartments. The other he is fetishising. This is his childhood home. In it his grandfather, his parents and his sister lived out their lives. Spencer Brydon keeps it empty of possessions, ostensibly to deter potential thieves, in reality to allow his midnight wanderings through the empty rooms to connect him to the ghosts of his family. It seems that these ghosts are memories, held in Spencer Brydon’s mind and imagined as real through touching the things they touched.

Another kind of ghost is Spencer Brydon’s regret for the youth he could have had in New York, and the man he could have been after 33 years. He claims to feel this other self unblossomed within him. I found this interesting, because Hugh Everett’s “Many Worlds” theory of quantum physics hadn’t been considered at the time Henry James wrote this short story. To be haunted by what could have been is more than a theory about parallel existences, though. Especially when a self-absorbed mind makes that haunting manifest.

In his nightly pursuit of his other self, Spencer Brydon imagines himself as the spectre haunting the self that could have been, another interesting possibility that made me wonder for a moment whether James would play such a card – have the reader believe that the Spencer Brydon we are with was the figment of another Spencer Brydon’s imagination. But then Spencer Brydon comes face to face with his other self and the sight is so horrifying that he faints.

I was expecting a ghost story of the same ilk as The Turn of the Screw. I was sorely disappointed. The story had some interesting ideas – the fetishisation of the past, the potential for alternative worlds to exist where the opposite of our actual decisions take alternative versions of ourselves down different paths, the possibility that what we think is happening is actually the reverse. Ultimately, the story didn’t work as either ghost story or psychological thriller for me. It was too cautious. The suspense didn’t build. I wasn’t immersed in Spencer Brydon’s world enough to believe anything more than self indulgent imagining was happening, or that Brydon’s experiences were anything other than a mental breakdown in the face of regret for the life he has lived.

I’m starting to think that it isn’t a ghost story at all. Not in the traditional sense. I think The Jolly Corner is actually a love story. If I think about it that way, I like it.

2 thoughts on “A couple of Henry James ghost stories”